This is what’s happening

01 Feb This is what’s happening

The horror novel-to-be Spite House is pushed back while I work on the crime novel, Mister Madame, about an ex-con (and former run away) tracking down a kind who ran away from home to the mean streets of New York. It’s coming along swimmingly and I hope to have a rough done by mid-March.

I’ve finished researching the next Crime Wave column on Donald Westlake…damn, I could devote a dozen columns to the man.

I did a signing with Errick Nunnally in Rhode Island a few weeks back and will announce some more events soon.

On the convention front, I had to pull out of The Outer Dark but will be attending Scares That Care and Necon.

As they say in the cartoons, “That’s all for now, folks.” 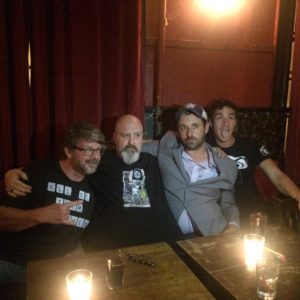