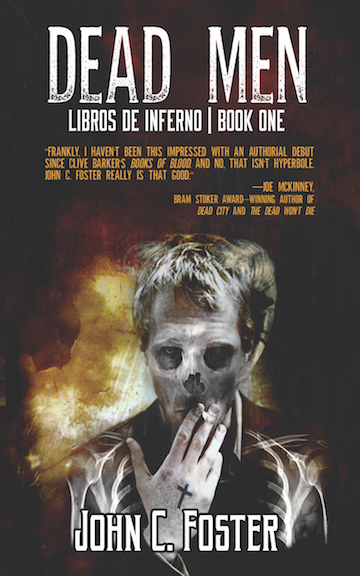 "Foster ferociously and confidently propels this full-throttle odyssey of assassination, the first in the Libros de Inferno trilogy, to depths of gut-punching horror rarely glimpsed in a debut. With more questions raised than answered, Foster establishes ample intrigue and horrified fascination to draw readers back to finish the trilogy." ~Publishers Weekly (starred review)

"Frankly, I haven’t been this impressed with an authorial debut since Clive Barker’s Books of Blood. And no, that isn’t hyperbole. John C. Foster really is that good. He doesn’t read like a first time novelist. He reads like someone who knows where you live and isn’t afraid to kick down your door. Do yourself a favor and get this book. You won’t regret it." ~Joe McKinney, Bram Stoker Award-Winning author of Dead City and The Dead Won't Die